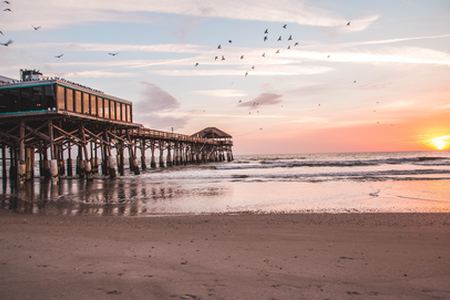 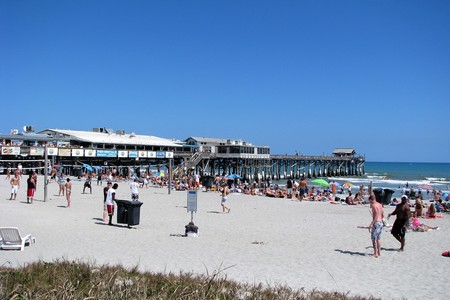 The city of Cocoa Beach has been a travel destination for millions of tourists.  Surfing is a primary sport as well as boating and beach time.  Cocoa Beach hosts the annual “Surfing Santa” event that raises money for local charities. This event is typically held on Christmas Eve morning and attracts thousands of surfers as well as spectators.  Cocoa Beach is also the setting for some Pro Am surfing competitions.  Well known champion professional surfer, Kelly Slater, was born in Cocoa Beach and learned to surf there.  Additional activities and sights include the Cocoa Beach Pier, an 800 foot pier stretching out over the Atlantic Ocean and home to bars, restaurants and gift shops. The world famous Ron Jon’s Surf Shop is a landmark and offers shopping as an alternative to the beach.  For the golf enthusiast, Cocoa Beach is home to a 27 hole championship golf course.  There is also a skateboard park.

Cocoa Beach Homes for Sale are a Buyer's Dream

Homes for sale in Cocoa Beach come in a wide variety of styles and pricing from oceanfront and riverfront high rise condos, to single family homes, estate homes, townhomes and even some original bungalows from the 60s.  Prices range from $100,000 to well over $1,000,000.  Since Cocoa Beach sits between the intracoastal and the Atlantic Ocean, homeowners can enjoy the best of both worlds.  Homes and condos on the Banana River side of Cocoa Beach enjoy boating and wildlife along with some beautiful sunsets.  Those who reside on the Atlantic side take in spectacular sunrises, beautiful stretches of beach as well as terrific shopping and restaurant options.

To explore what homes are currently on the market please use our SEARCH BREVARD MLS LISTINGS and select the city Cocoa Beach.  You can narrow your search by price, size and features.  Ellingson Properties has some experience with Cocoa Beach neighborhoods, condo complexes, etc... if you are interested in learning about Cocoa Beach communities, scroll down and click on Explore Cocoa Beach Subdivisions.

The city of Cocoa Beach is 15 square miles and located on Florida’s Central East Coast, on a barrier island between the Atlantic Ocean and the Banana River and just south of the Cape Canaveral Air Force Station.

The first known settlers to Cocoa Beach were native Americans followed by newly freed slaves following the end of the Civil War.  A hurricane in 1885 discouraged future settlement. A group of businessmen from Cocoa purchased Cocoa Beach but no development took place until an attorney named Gus Edwards bought it from the group and started development.  The city of Cocoa Beach was established in 1925 and later became incorporated in 1957.

Cocoa Beach began to grow and prosper with the introduction of the space program in the 1960s.  The influx of NASA workers prompted the opening of restaurants and shops.  It also caused a greater school enrollment as many of the Space Center workers resided in Cocoa Beach.  Many current and retired Space Center workers still call Cocoa Beach home. The space program also launched a sitcom in the 1960s called “I Dream of Jeannie”.  And the setting for this sitcom about an astronaut and his “Jeannie”?  Cocoa Beach of course!